My seedlings are now reaching the 500 mark and whilst I’m still waiting for some stubborn kernels to ripen, I’ve got plenty of others ready to plant out. That is if I’m brave enough to test their tender leaves against the ravages of the Serendipitous Garden’s slug population.

In the last month a lot of work has been going on to transform the staggered rectangular plot into something more interesting. The waterlogged clay soil has needed some improvement and after investigating the practicalities of digging in grit, I decided to go for the labour saving mulching option.

I tried Strulch as it advertised its anti slug properties but as the reviews on the website warned me, it did make the garden ponk for a few days. I’ve also signed up to a nematode programme and it’s still very early days but I have noticed that where there has been munching going on its snails rather than slugs who are responsible.

So at the end of the month, no sooner as I can’t dig for ten days after the nematode treatment, I’m going to plant out my sturdiest seedlings. A Crambe Cordifolia, I have six others cold stratifying in the fridge and my collection of ornamental cabbages both destined for the butterfly border. I’m really pleased with my Princess Victoria Louise Poppies but they are a bit to small to transplant to their final place yet.

So next month is going to be the real test… will I be showing you a small garden grown from seed or bare patches with a few raggedy plants? Don’t worry, if it all goes wrong, I can always take a trip to Waitrose Garden!

This month I have been mostly nurturing my seeds. Ive got well over 200 and most are in 9cm pots now. I’ve still got lots I want to plant and my second order has just come in from Chiltern Seeds.

I’ve only had a few casualties so far, I dropped a seed tray on a lovely sea kale and my oriental poppies ‘Princess Victoria Louise’ received too much love. They wilted and died but thes ones I left in the seed tray and ignored have done much better.

As you can see some of them have a bit of a lean to them which I’m quite surprised about as I have put them in a really light corner of the house. I think February may have been a little too early to start planting and if I did this many seeds again I’d probably buy some kind of light and heated mat. I’ve just kept to the basics, a propagtor and some seed compost on a side in the kitchen.

So while I started my seeds off to early I’m running out of time in the garden I’ve cut back all the roses and an apple tree but I’ve still got three hedging plants and a flower bed to move, I’ve given myself a deadline of the end of the week before I miss my window and I’ll have to wait till next year.

On the subject of transplanting things I’m going to say something shocking now and I’m glad the internet is so anonymous, ready?…

I’m going to move peonies.  I know it’s a rookie mistake but I’m going to try it. I read an article once that said they might have a huff for a few years but they recover nicely. So I’m going to risk it and report so no one else need suffer the same fate as me, namely peonies in the middle of the new lawn.

Tonight I shall be planting my new most favourite plant the chocolate vine, the flowers smell like chocolate, it makes edible (not chocolate) fruit and it’s a prolific climber so I think it’s going to be great on my new pergola with some creamy pink roses. 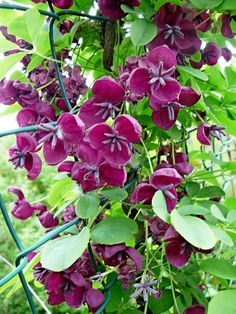 I’ve been through the whole range of gardening emotions since my last post. If gardening was the X factor I’d have been on an emotional roller coaster that changed my life forever.

In actuality I’ve been so enthusiastic to get started that I’ve been digging in the rain, I’ve had some serious seed lust and I’ve taken charming pictures of wildlife… Please see below for the picture of the sneaky squirrel that stole the twine I was using to mark out the lawn.

However with the highs come the lows… I’ve been despondent when I cut the lawn into the wrong shape, the pattern I’ve chosen for the lawn looks like a bottom according to my husband and I made it worse by creating a wonky bottom. I’ve been defeated by the huge amount of earth moving needed to flatten a tiered garden and frustrated by the difficulty I’ve had just getting out to the garden at all.

But I’m back on top thanks to fedging. Even the name sounds  naughty/delicious/ridiculous. I’ve been looking for a cheap hedging option for ages and my answer up to now has been grissilini. I took the cuttings from my Mom’s coastal garden, where it grows vigorously and I put them straight in the ground in the middle of winter then ignored them. I didn’t even dig a hole I just pushed them straight in. They all took but after two years they’re still only a foot tall. So I’m going to plant a living willow fence, it looks easy and makes for really pretty screening, it should reach six feet in two years. Originally I was looking for something evergreen but I think the bare willow frame will look lovely in winter.

Finally I’ve been following the anxious gardener and his ‘new gardening blog’ posts. Up to now I’ve been on mumsnet to try and find other blog sites and now I’ve discovered The Rivendell Garden and a complete A-Z listing of other gardening posts, so I’m going to wean myself from my seed catalouge addiction by browsing the listings of 100 and something other gardening blogs. 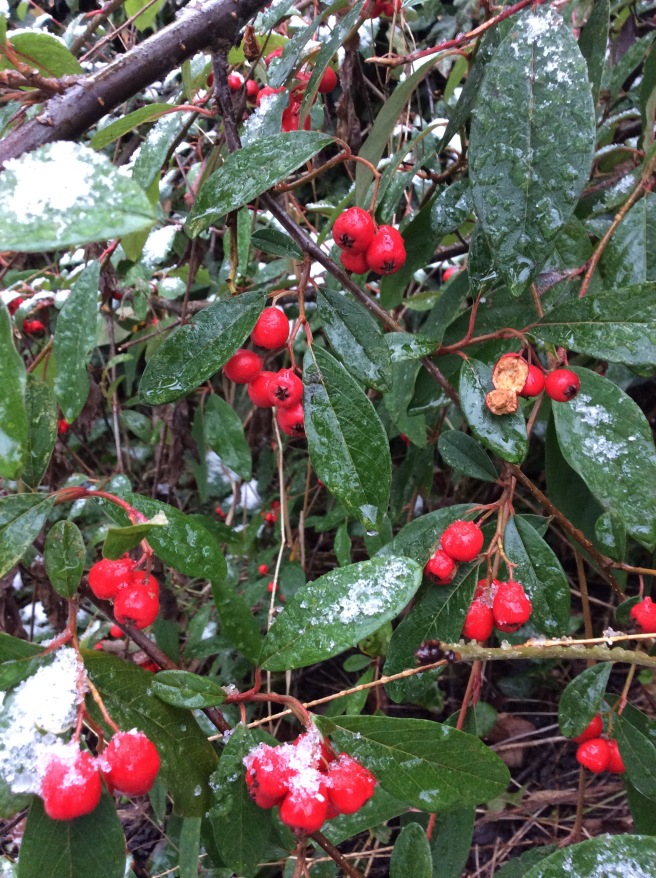 Since it’s still not really the weather for digging yet, I’ve found a little job to get on with.

Topiary! I’ve never tried it but I’m surprised it’s never occurred to me before. I find it very relaxing to go out in the garden with the secateurs, in fact it’s my favourite activity.

I’m having a go with some rosemary, it’s been having small snips all winter so hopefully it won’t mind being pruned so early. I devised a little cage as a cutting guide and it should have filled out nicely by August.

I’m also going to have a go at a bay leaf pyramid. Since The Serendipitous Garden is only small, each plant has to earn its place. If it goes well, these should be good to eat, evergreen and interesting to look at.

Welcome to The Serendipitous Garden, so called because my gardening up to now has been a series of happy accidents and cunning colonisations from neighbouring gardens. Along with this blog I have set myself the challenge of planning a garden to fit in all the plants that I love and space for all the things I love doing.

I think we should start with a ‘before’ photo… 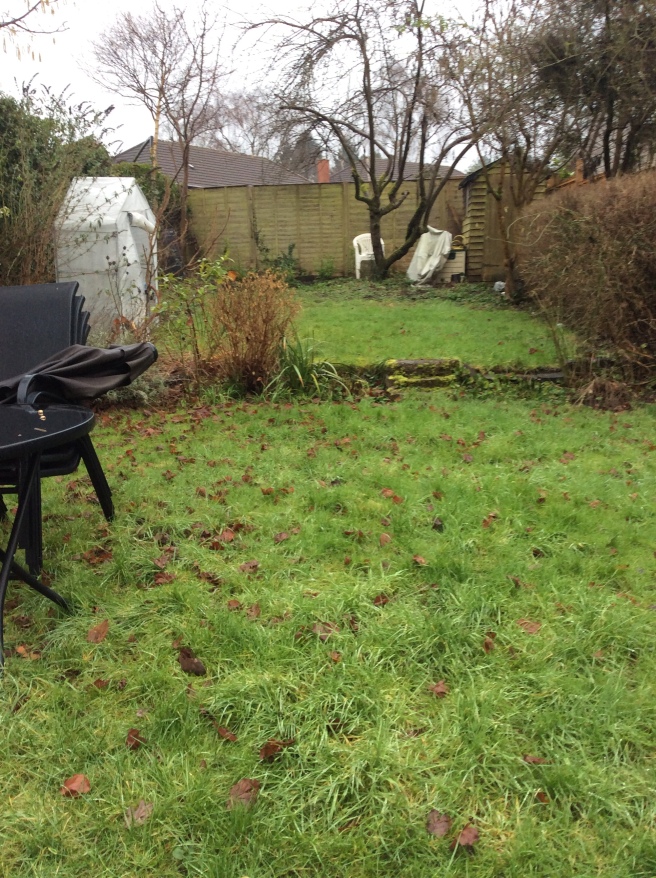 Lets move on to the fun planning bit, I can’t resist a theme so each border is going to be different. There’ll be tropical, cottage, arid, night time and a scented walkway too.

I’ve planned and measured, consulted all kinds of plant selectors but since I haven’t actually put my spade in the ground yet I won’t say too much more. Only that I intend to start work on the edible border this month. From little acorns…